Fuji Minoru is a giant grape that surprises everyone. It has large grains, high sugar content, and no seeds. 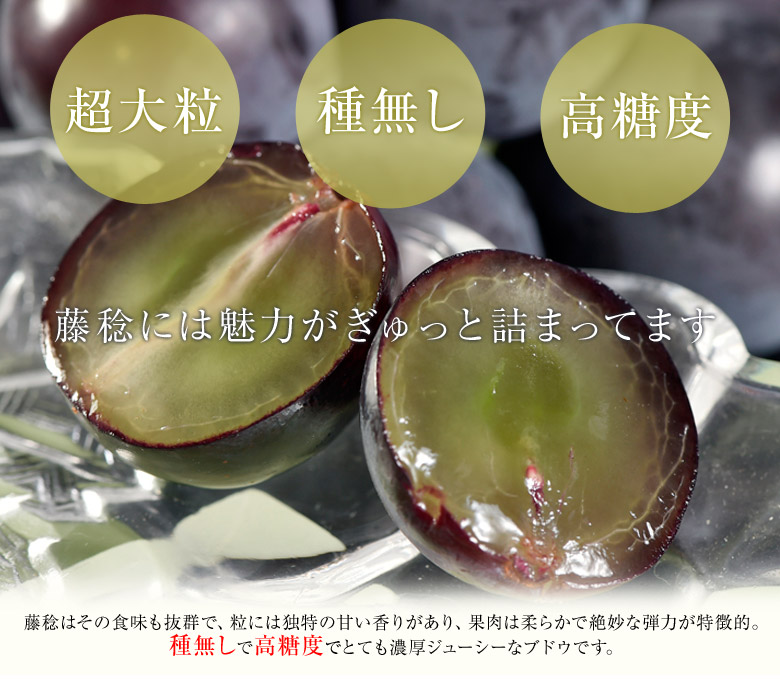 Fujiminori was developed by Mr. Kazunao Aoki, who lives in the back district of Fujisawa City, Kanagawa Prefecture, under the theme of "grapes that make people happy." The breed was registered on July 18, 1985. The combination is "Pione" x "Igawa 682", both varieties produced by Hideo Igawa, who has made great achievements in grape cultivation.'Igawa 682' is large and easy to grow, but has poor flesh quality and storability. On the other hand, "Pione" is a variety that is difficult to cultivate, although it has good meat quality and umami, and is easy to store.Mr. Aoki crossbred these two varieties, which complement each other's strengths and weaknesses.

Not only because of its appearance, but also because it has a higher sugar content and better taste than Kyoho grapes, it quickly became popular and was cultivated all over Japan under the guidance of Mr. Aoki. However, it is prone to tufting, so it needs to be very careful, and new varieties that are easier to grow and handle are introduced every year, so the production volume has decreased considerably. 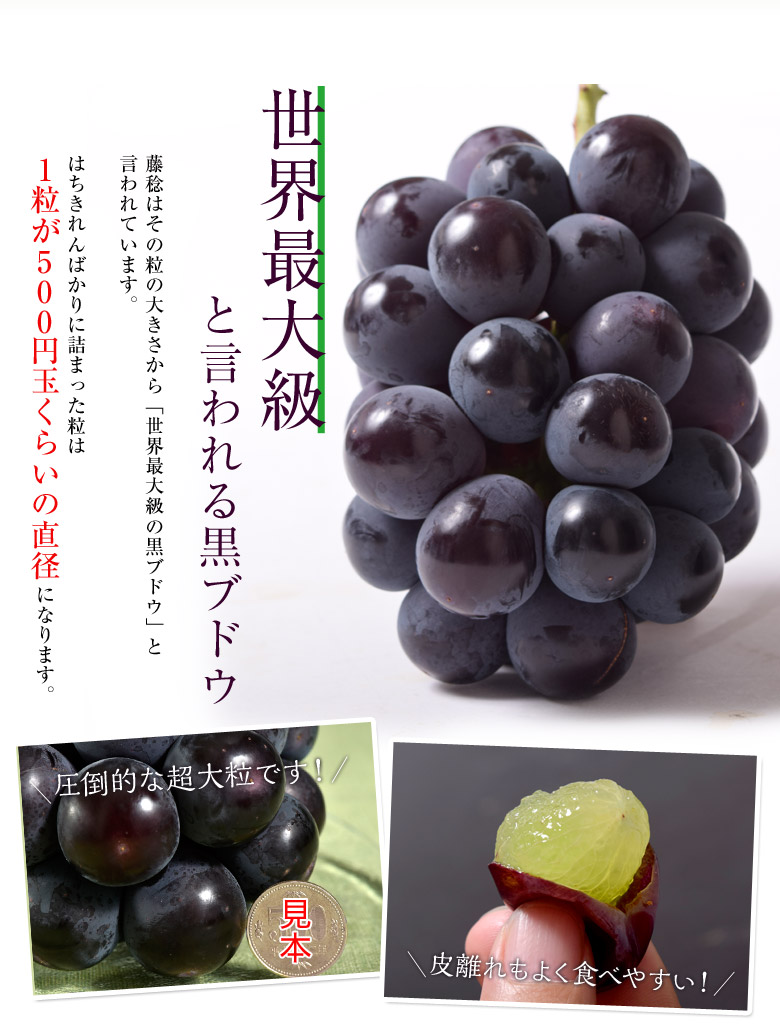